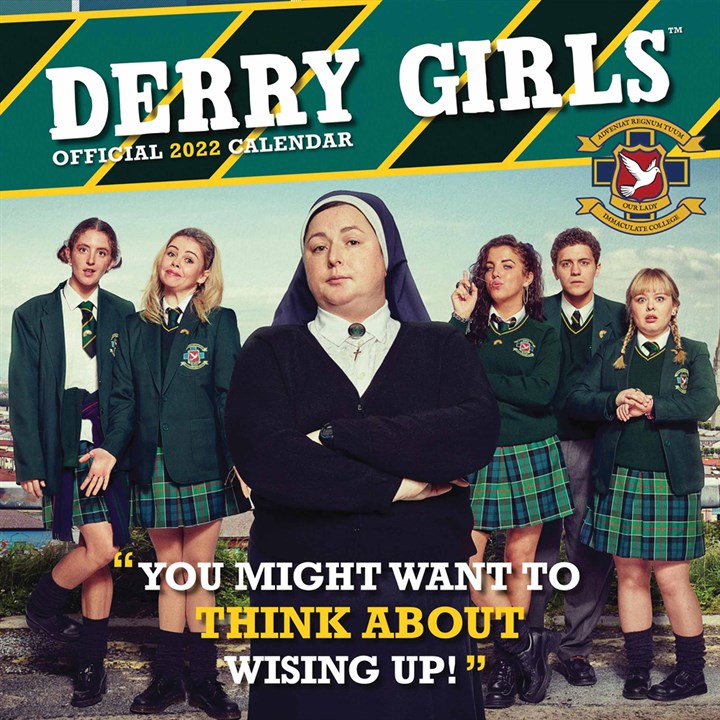 £2.49
Was £9.99
Derry Girls follows the antics of Erin, Orla, Clare and Michelle as they experience the universal problems of being a teenager - intrusive parents, strict Catholic school teachers, crushes and conflicts - set against the complex political backdrop of 1990s Derry, Northern Ireland. Fans of this BAFTA-nominated comedy series will adore the Derry Girls 2022 Official Calendar, which features all the characters from the hit show, as well as some of their most memorable remarks.
+ More Details